I think there are four core values which are all absolutely crucial when pioneering a new congregation. They may seem obvious, but I’ve seen too many new things lose their way by neglecting one or more.   Conveniently they spell the word “CORE”. 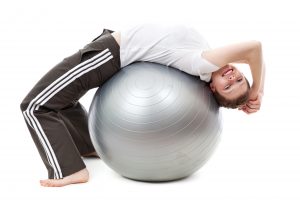 Christ-Centred: This may seem so obvious as to be taken for granted, but actually it’s all too easy for a new thing to be centred on that new thing. We’d never actually say it, but we are often preoccupied  with the success and reputation of the new thing, and all we really want is for people to talk about how wonderful it is! But of course it’s about Jesus and our confidence in him. Spreading the gospel of Jesus, making disciples of Jesus, depending on the power of Jesus. Without rooting that in a commitment to prayer and a strong emphasis on discipleship we’ll all too easily lose the centre. Success is not ultimately the good reputation of our new congregation, success is when more people recognise the presence and work of Christ in their lives and communities.

Open and accountable: Our diocese has created a low-control, permission-giving pioneering culture. For that to flourish we need radical openness in two directions. Openness from those pioneering something new to know that they are accountable for the work entrusted to them and also openness from our diocesan institution in following through with genuine ongoing support.

Relationally supported: When we step out into something new, it can be all too easily to become isolated. We may feel like the parish or deanery doesn’t understand what we are doing, or they may feel that we have given up on them. We need ways to build strong, healthy connections including support and encouragement from others doing similar things.

Evangelistic: Again this should be obvious but can be overshadowed. We aren’t planting new congregations to shuffle bored Christians around! We’re reaching out to create new communities of worshipping disciples among the (currently) unchurched.

In which of the four CORE values is your team, or emerging congregation, strong?

Are you weak on any?

Are there ways we can help and support you in those?