This is seventh and final of our seven-part blog series on the theme of generosity. I hope that these reflections have both inspired and challenged you to become a more generous person, as you follow Christ, this year! 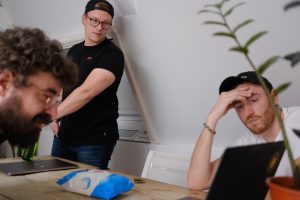 Proverbs 10.9 states that ‘He who walks with integrity walks securely, but he who perverts his ways will become known’. In Galatians 2:11-16, Peter is challenged by Paul because he fails to maintain his integrity. When some people from Peter’s past come to visit, who are not of the Jewish faith, Peter avoids them, so as not to tarnish his reputation with the Jewish people in his area. Paul explains to Peter: “….man is not justified by the works of the law but by faith in Jesus Christ….” (Galations 2:16). Paul’s challenge to Peter here is entirely appropriate, because as Christians, we are to be an inclusive people, taking the ‘good news’ about Jesus to Jews and Gentiles alike (Romans 1:16).

Idolatry, simply understood, is clinging to anything other than God and in the scenario previously discussed, it appears that there are some relatable idols in Peter’s life. The idols of ‘popularity’ and ‘self-preservation’ are seen in Peter’s early life in his infamous denials of Jesus (Matthew 26:69–75). It does appear, however, that Peter later learns from these mistakes and that the rebuke he received from Paul, may have had a lasting impact. In his letters, Peter eventually speaks strongly against any and all forms of idolatry. This is clear as he pours out his learnings and principals for righteous living, outside of Jewish Law, in his speech at Pentecost (1 Peter 4:3).

This New Year – Which idols are getting in the way of our devotion to Christ? Do we welcome or avoid the more constructive feedback we sometimes get from our Christian peers?