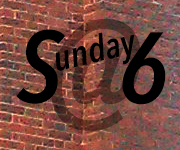 Back in the summer of 2018, our  Foodbank team, who had been working together for some time, were looking to do something extra to grow in our faith. So, we decided to start meeting informally to go through the Alpha Course on Sunday evenings.

After this finished, the group wanted to continue meeting together, so we started going through the Celebrate Recovery programme (based on the Beatitudes). When that finished, we continued by looking at the Jesus’ seven ‘signs’ in the Gospel of John, followed by the seven ’I am’ sayings  (also in the Gospel of John).

We formally started Sundays@6 as a Joshua Centre partner congregation in March 2019.

The core members of our congregation still serve as members of the Parish Foodbank team, and we are always looking to encourage people whom we meet through the Foodbank to come along on a Sunday evening (inviting them to Sunday morning services doesn’t often work). Sunday evenings are better for people, on the whole, but regular attendance is still a challenge.

Our church building (St Gabriel’s in the Dingle) has just been through a large building programme, which was quite chaotic for a number of months, but we have continued meeting there – in a side room on Sunday evenings – just to make sure that we are accessible to people.

As well as Sundays@6, we have continued to run Foodbank on Tuesdays, Prayer and Bible Study on Thursdays, and a Thrift Shop on Saturdays and Mondays. We also attend a communion service together at the Anglican Cathedral (which is just down the road from us) on Wednesday lunch-times.

We have found that being able to say to someone “Come along tomorrow, or in a couple of days’ time” is far more helpful to them than only saying “see you next week”. 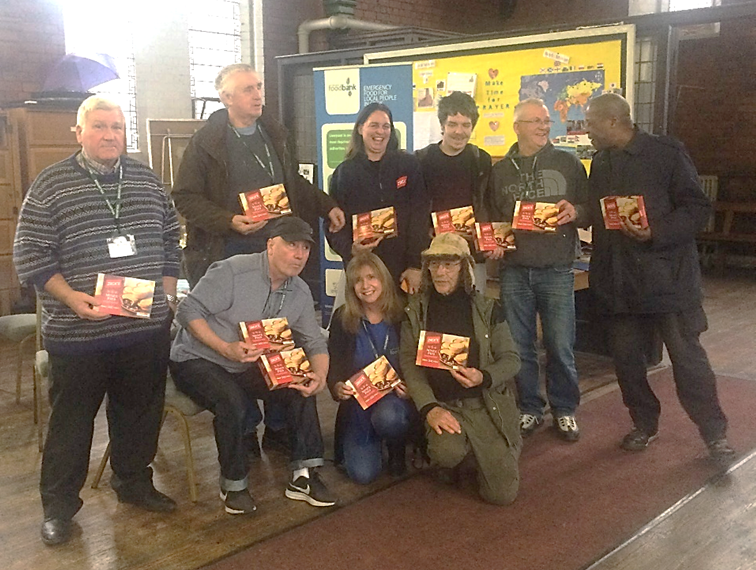 The picture above shows some of our group, in December 2018, receiving a donation from Jack’s supermarket for the Foodbank. Since them we have had many good times, but we have also had a number of struggles.

For example, two of these men died suddenly – one of them was actually in the Foodbank kitchen when he had a heart attack, and another had a Stroke when he was at home alone – where we found him after not having seen him for a few days.

Currently we are going through the Alpha course again, and three of our Sunday morning congregation have joined us for this, which has been encouraging. Our group numbers constantly go up and down, so we are currently praying for God’s guidance about how to move forward in the New Year.

Our goal and prayer in all we do is to see more people come to know Christ as their Saviour and Lord.