One of the many life lessons that Jesus implicitly taught his disciples was about the spiritual and relational value that there is in simply eating together. 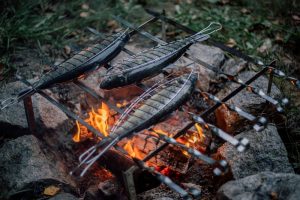 One of my favourite bible passages is at the end of John’s Gospel, where the resurrected Jesus appears on the shores of Lake Galilee while the disciples were out fishing (John 21.1-14). After Jesus’ resurrection (but before the ascension), the disciples went out fishing one night. They returned to shore In the morning, with no fish to show for their efforts, and someone on the shore shouted to them asking if they had caught anything…

This unknown person then told them to throw their nets on the right-hand side of the boat (an unusual move). On doing as He said, the disciples were rewarded with a catch of 153 large fish, and they then realised who this mysterious man was! ‘When they landed, they saw a fire of burning coals there with fish on it and some bread.’ (John 21:9) Jesus had cooked them breakfast, they sat and ate together.  What a reward – to have breakfast cooked by the risen Lord Jesus!

Have you ever wondered how amazing that simple meal of bread and fish might have tasted, having been cooked by Jesus himself? I have! The nearest I get is freshly cooked takeaway fish and chips, eaten in the fresh air after a long walk in the countryside – but I think fish and bread cooked by Jesus on the shores of galilee would have tasted far nicer.

But what about food and worship today? Have you ever had a sit-down meal while you worshipped? 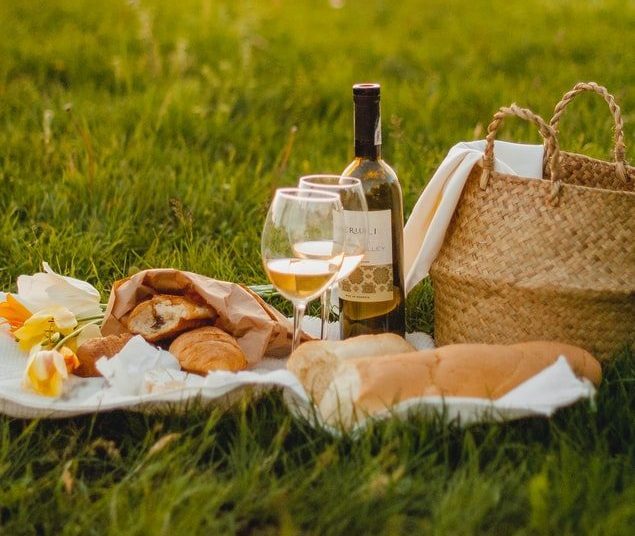 For the Lighthouse Worship Community (Wigan West Hub), food and worship are such an integral part of their life together that their leaders have taken to delivering food to local families each week, so that they can still eat together, albeit in separate locations, during their online gatherings. Mark Wade, the Wigan West Hub Leader, has reflected on the importance of food in his own Worship Community.

“The central part of our Worship Community is when we share food together. As well as being a place where people have connected in serving and giving, this is when we have had some of our most deep and powerful conversations,. During the Pandemic, not being able to sit around a common table, sharing our food and talking together, has been so hard.”

So, as we start to think about meeting again for worship, maybe you could think about how to include food? What food might you serve, in order to feed both body and soul? Why not give it a go, and see what happens?