St Mary’s Hale & Halebank is a church commissioned with the task of reaching two very distinct communities. Hale and Halebank are only one mile apart but there is a class divide that gives each community very different identities and poses very different missional challenges. In 2014, St Mary’s commissioned Rachel Gaunt, an Ordinand at St Mellitus North West to move into Halebank and get to know the community with the aim of starting a worshipping community specifically for Halebankers. 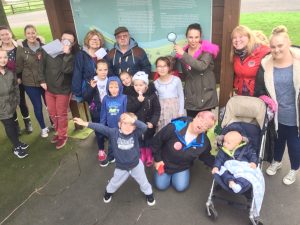 The plan was to start making connections with people in the community in the first year, run community events in the second and have a worshipping community by the third. When Rachel arrived in Halebank she was put in touch with two contacts made by Janice, the vicar at St Mary’s. The first contact was Dilys Roberts, a Christian lady in her 70’s, known as ‘Auntie Dil’ by everyone in Halebank. Auntie Dil played a significant role in helping Rachel get accepted into this tight-knit community and introduced Rachel to a lot of people in the neighbourhood.  The other contact was Becky, a Halebanker married at St Mary’s Hale, who had recently completed an Alpha course there. With just two contacts and the task of creating a new worshipping community, Rachel started by recruiting three ladies from St Mary’s who had a heart for Halebank and asked them to commit to praying regularly for her and the work there. Although these women were elderly and unable to help practically, their prayers were the best foundation from which to begin connecting with the community.

There was a real sense from God to just have a go and so Rachel said ‘yes’ to every opportunity offered to her. 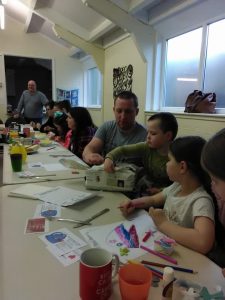 Beginning with nothing can be exciting but it’s also really difficult. Janice, the vicar at St Mary’s encouraged Rachel to focus on making new friends and connections in the community, so Rachel simply went to all the local points of gathering including school plays and Bingo every Wednesday. There was a real sense from God to just have a go and so Rachel said ‘yes’ to every opportunity offered to her. From helping out at coffee clubs and hosting tea and toast mornings, to helping to run a youth club at the Community Centre and going to Bingo every week, Rachel and a few volunteers from St Mary’s became more involved in the life of the community. A lot of the opportunities didn’t always go to plan and the events didn’t always run as they should have, but the experience of saying ‘yes’ and getting involved provided plenty of opportunities to get to know people.

new worshipping communities don’t just grow through sheer effort, there are also moments when God surprises you with opportunities and new people

Rachel found Halebank to be a very welcoming community and as people got to know her, she was able to add some spiritual input as part of some of their existing activities and events. A lady who ran a local Youth group asked if Rachel could do something a bit ‘churchy’ at Christmas because some of the older people in the community wanted a Church service but didn’t want to travel to Hale. On Christmas Eve, they had carols, prayers and a nativity. This first Christmas Eve service was so special because the community themselves had asked for it and it also then led to further opportunities to talk about Jesus including a Holiday Bible club and a Good Friday event with Fish and Chips. 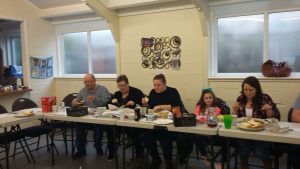 As much as mission is a call to ‘go’ and take action, new worshipping communities don’t just grow through sheer effort, there are also moments when God surprises you with opportunities and new people and God’s Spirit at work played a significant role in the development of this Halebank mission. The local Church of England Primary School appointed a new Head Teacher who actively encouraged closer links between the school and church and as a result they now run a Christian assembly every Thursday with St Mary’s Halebank that parents are also invited to. There is also now a monthly Sweaty Church started by Rachel and Bob, a sports minister for Scripture Union, that’s now run by Becky and her husband Lee. But one of the most significant changes in the community came from a move of God that no one would ever have imagined.

Church for Halebankers is no longer a building full of strangers in the village down the road, it’s an active and growing part of their community made up of people they know and live next door to.

Becky, a Halebanker who had been working with Rachel from the start, married into a family with a longstanding presence in Halebank and her Father-in-law Ste became a Christian after going on a CAP course and then an Alpha course. Ste, was well known in Halebank and the changes to his life and his character following his journey to faith were so significant that it created a domino effect, inspiring many others in his family to find out more about Jesus including Becky’s husband. 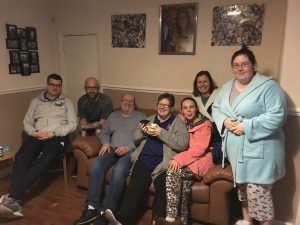 Four years on Becky and Rachel are starting to see the fruit of their hard work. Becky hosts Alpha and Discovery groups every other week, the first Alpha group has now become a cell group and in September Becky will run a morning Alpha for mums of school-aged children with one of the cell group members who became new Christian through the first Alpha group.  The weekly school assembly now has 25 parents attending and has become its own Christian community. Becky and Rachel are hoping to offer something like Alpha or the Church Army course Faith Pictures to the parents attending the weekly assemblies as well as hosting another mission week with the local Elim church after the success of the one they hosted together last year.

St Mary’s church didn’t wait for people to walk through their doors, they moved into the neighbourhood and now they have a congregation of people who would never have previously gone to Church. 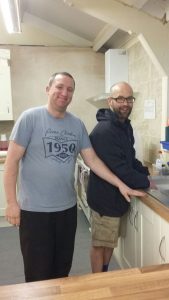 As Rachel is reaching the end of her four years in Halebank she has passed over leadership responsibility to Becky and her team who are part of the Discovery group who are the best people to take this small worshipping community forward because they live in Halebank and know it well. This change in leadership has meant a lot of the group are learning about Jesus at the the same time as learning about serving, leading and sharing faith, which is a much slower process but they are doing really well. 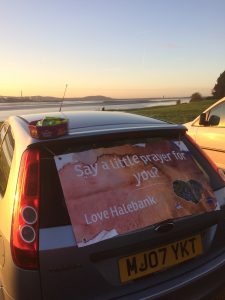 The vision to establish a worshipping community in Halebank is well on its way, all the events hosted by this small Christian community are held in the places were people in the community regularly meet and this has helped them become part of the wider community. Church for Halebankers is no longer a building full of strangers in the village down the road, it’s an active and growing part of their community made up of people they know and live next door to.  St Mary’s church didn’t wait for people to walk through their doors, they moved into the neighbourhood and now they have a congregation of people who would never have previously gone to Church. People don’t just walk into church buildings anymore and we can’t sit waiting for church to grow, we need to move, St Mary’s have done this and whilst it’s not always been easy, they’re a great example of what could happen when we leave the building.

“The Word became flesh and blood,
and moved into the neighbourhood.
We saw the glory with our own eyes,
the one-of-a-kind glory,
like Father, like Son,
Generous inside and out,
true from start to finish”   John 1:14 The Message