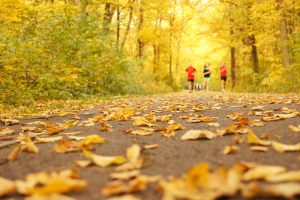 Andy Monks and Reverend Sarah O’Donoghue have recently been given a grant from the Joshua Centre to start a new congregation called ‘It Is Well’. I caught up with them to find out a bit more about it.

About Andy and Reverend Sarah

Andy is a qualified Physiotherapist and wrote the book ‘Faith like a Football Club’. He has previously lived in Uganda as a Missionary.

Sarah is the Vicar at Christ Church Aughton. She served as curate at the Church before being appointed as Vicar in April 2019. Prior to this she worked as the Education Officer at Liverpool Anglican Cathedral. As a leader her aim is to encourage and equip people to share the good news of Jesus.

Tell us about the concept of ‘It Is Well’. What is it and how did it come about?

Andy and Sarah visit the local Primary school on a regular basis and they are currently setting up a group at the school around the school’s termly values, one of which is ‘perseverance’.

“There was a stirring in us to do something near the school” says Sarah. “There was a gap at Christ Church for people aged 20-30 with young families outside of the usual Church Parade. When the Head Teacher of the local school was talking about building a new running trail, he asked if we’d like to use it, the seed for ‘It Is Well’ was planted then.  The concept behind ‘It is Well’ is to bring people together while running, sharing snacks and giving space to talk and to be open, answering some of the bigger questions”.

Where did the name ‘It Is Well’ come from?

Fitness is important in the local area and it’s not uncommon to see parents picking up their children from school in full gym gear, on their way home from a workout. The name ‘It Is Well’ acknowledges the health benefits of joining this congregation and connecting with each other. The Woman at the well is an important story in the Bible. Jesus meets the woman at her point of need. In this way the new congregation will also be aiming to meet the needs of local people.  The hope is that this new congregation will give people in the local area the opportunity to get to know Jesus and to reach their God given potential.

How will this group be different to a normal Park Run?

As a trained Physiotherapist, Andy knows all about the importance of looking after our physical health. He says that spiritual, emotional and physical health go hand in hand and that often where one area slips, they all do.

Andy says that firstly ‘It Is Well’ will be about ‘bringing Jesus in’ and secondly it will be about ‘building relationships’. “It’s about investing in people outside of Monday to Friday”, Andy says.

By using the school’s new track, this group also benefits from being able to use a space which is familiar.

Who have you been reaching out to about your new congregation and how?

“During lockdown we have developed a big online presence. We’re now working on a new logo design and planning a launch date for around September time” says Sarah.

In addition, Andy has a meeting set up with a team of people who have an investment in the school and who have friendships with other parents. He hopes to explain the vision and ask people if they want to invest and serve in this project.

How does “It is Well” fit in with Diocesan initiatives like “Bring one Friend” and “Do Ten Things”?

“We’re part of LyCiG (Leading your Church into Growth)”, Reverend Sarah explains. “We often say to people things like – ‘We’re going, it’s going to be good, why don’t you join us?’ We want everyone to bring a friend and let God do the rest”.