When we attempt to move things forward in our churches, many people feel the need to balance out enthusiasm with discouragement. You may be familiar with some of their phrases:

“You can’t possibly do that.”

“We tried that once before.”

Such words can squeeze leaders into a restrictive “box of constraints”, which we must resist.

It is tempting to try to just keep the peace, but this often amounts to little more than a passive and compliant climb into these “boxes of constraint” – which is not leadership. 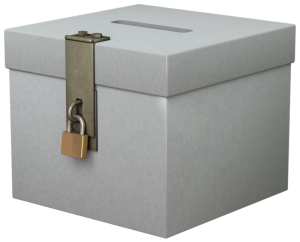 In my last parish, I noticed that although there were six schools located there, the church only had strong links with one of them – the church school. I was soon informed that the vicar only usually took one assembly per month, and that (unsurprisingly) would be at the church school.

When I started looking into how we might apply some creativity to this situation, and perhaps even change it, the aforementioned “box of constraints” was soon brought out…

“We tried something like that before, but it didn’t really work out as we had hoped.”

“The PCC budget just about breaks even, so there really is no spare money to use.”

All too frequently, historical precedents and financial constraints, mixed with generally low expectations, are used (unintentionally, in most cases) to suffocate the potential mission opportunities.

However, in my example, I had to both question and challenge such assumptions and then imagine how things might be different, in order to take hold of these opportunities instead.

I had to ask some probing “what if” questions, such as:

Of course, such questions require courage, as they can lead us into uncharted territory. Over time, however, a “challenge and question” approach will lead us to far better thinking and results, than if we allow ourselves to be stuffed into an over-used “box of constraints”.

Try it yourself, and see what happens!