Lizzie Lowrie from the ‘Storyhouse’ congregation in Crosby 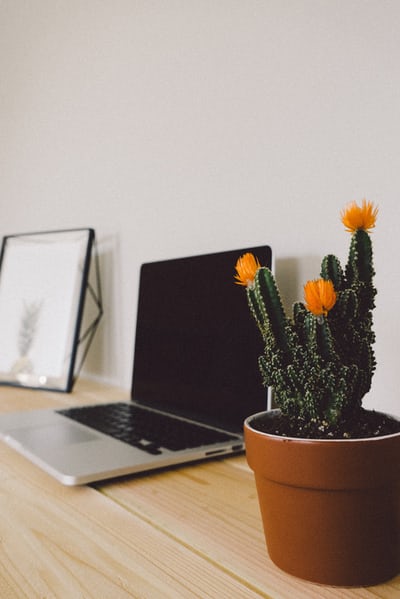 and Nic Findlay from Christ Church Norris Green’s ‘Living Room’ congregation hosted a Zoom call in July to talk about what they’d learned from hosting online congregations during the lockdown. In this session they discussed the challenges they’d faced during lock-down and how they’d managed to overcome them, in addition to new challenges which they anticipate will emerge in the future.

This session covered quite a variety of topics and was extremely useful to both the tech savvy among us and those who are new to online communications. This blog summarises the key takeaways from this session, including the additional responses from the ‘Chat Box’, as suggested by attendees and Lizzie and Nic’s responses to the Q&A session.

Nic Findlay from the Living Room church started off the session by talking about how her congregation had been engaging with families with children online during lockdown. She felt it was essential that online talks for families, which were aimed at children, were supplemented with tangible materials such as craft resources, which could be taken to families and displayed later in online art galleries. By taking these craft resources to families, relationships could be built through doorstop conversations which encouraged families to join online sessions.

Another thing that was key to online sessions was the notion of being real with people. Both Lizzie and Nic felt that winning attendance meant being authentic. Nic discussed how the realities of family life actually made people feel more comfortable on the call and more likely to attend future sessions. Lizzie Lowrie from Storyhouse went on to discuss how this theme of being authentic played into her reason for choosing to live stream videos, rather than using pre-recorded ones. Lizzie felt that where mistakes happen, people engage with that and value the realness. For example, Lizzie said that a child making some noise in the background, while the host of the Zoom call was speaking, gave the host authenticity and rather than being muted, should be a welcomed addition.

Lizzie urged hosts to consider how people engage with online content on an everyday basis and to be contextual and relevant. Hosts can take inspiration from the things that their target audience might normally see online and topical issues in the local and national press. By using this mind-set of being contextual and relevant, Storyhouse discovered that online workshops which taught attendees a useful skill, tended to be popular. The examples Lizzie provided were: teaching people how to use different types of technology and sessions on “How to pray”. In addition, a quick way of achieving increased engagement, which is relatively low effort, is to share content from the web, including content from other churches on social media pages. This draws attention to the page and as people begin to view the page more frequently, the host will generally get more hits when publishing their own material.

Another key theme of this session was around persuading congregations to attend online sessions more frequently. Lizzie and Nic both found that having different types of sessions added enough variety to draw attendees back more often than a standard weekly session. This diversification of meetings could also draw in different types of people looking for different things, rather than using a one size fits all approach. Storyhouse have balanced this by holding a session on Sunday which is evangelical and aimed at new Christians, followed by a Wednesday session which has deeper biblical teaching, aimed at discipleship. 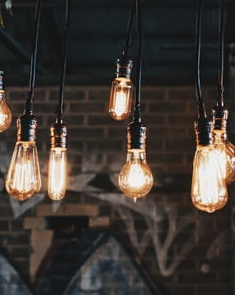 As we know, during lock-down, there was a unique opportunity for people to engage online with faith based groups and some of those people may have never attended these types of sessions before in person. In fact, a survey by Tearfund found that a quarter of adults in the UK had listened to an online religious service since lock-down began and that a third of adults aged 18-34 had watched or listened to a religious service online or live on TV. This means that it’s likely that many of the attendees seen during the lockdown are solely online attendees. So, what about these people? Where do they come into the equation and how can we make them feel welcome? The suggestion given in ‘Rethinking Congregations Online’ was to use the rule that ‘two households can meet’ in a ‘Support Bubble’ and to put people together into small groups or pairs. This would mean fewer screens on the call but ultimately, the same number of people attending. In turn, this would bring in an element of face-to-face meeting which could help to prevent or put off the eventual stagnation which has come to be commonly known as ‘Zoom fatigue’. In this way, inviting people round to your house to watch church together was thought to have a similar effect, being likened to inviting someone round to watch football.

On the other end of the spectrum, there were some really helpful discussions in this session about how to help people who can’t access online communities. In a similar way to online only attendees, under the two household rule people could be invited round to watch church or attend online sessions together. It was also felt that there was great value to be had in doorstop conversations, held at a distance of course. A good excuse to have a doorstop conversation might be that you’re taking something round for that person, for example: recordings of church services on CDs or DVDs, a book (to keep or to borrow) and DVDs, which could also be faith based or even just inspirational or uplifting in nature.

Nic and Lizzie then talked about the future of online sessions and the challenges which they anticipated for the future. Firstly, the concept of ‘Unlockdown’ would mean people making daily decisions about what would be safe for their family. In addition, as old commitments begin to resurface, there was a general feeling that people may find their timetables clash and become somewhat unreliable as they favour face-to-face meetings over online ones. However, keeping up a mix of online sessions and in person ones could be key to moving into the ‘new normal’ and may avoid a loss of any online only attendees as they push through the barriers of meeting face-to-face for the first time. 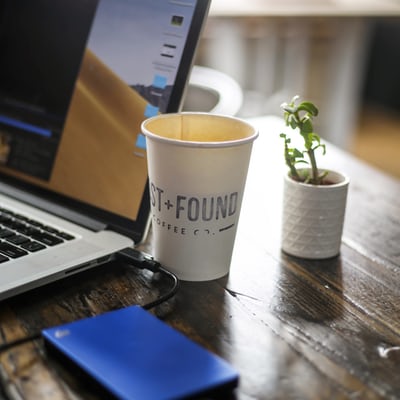 Secondly, Nic and Lizzie discussed the concept of ‘Pioneering’, which means to question what you can do to ‘flourish’ and not ‘survive’. This mentality they felt was key to continued innovation in online sessions which stops things getting stale and keeps things moving forwards. Some ideas to make standard Zoom calls more fun were online games, which can be found at Pinterest and the use of the ‘chat room’ function. Other useful media mentioned in the chat box were StreamYard and Twilio. StreamYard is a tool for creating live stream videos which enables you to improve the quality of your live stream and include things like overlays, slides, live comments and branding to the screen during the live video. The free version allows up to 20 hours of streaming per month, but a paid for version is required to get all the features, including adding your own logo. Twilio was another recommended piece of software from the chat box which uses a powerful communications API to achieve an integrated omni-channel response, where basically you can send messages to different carriers (SMS text messages, WhatsApp, Facebook, Instagram, etc) and collate the responses in one place, so nothing gets missed and everyone can communicate in their own favourite way.

Lastly, they discussed concerns about a drop in online consumption which had been seen by the leaders of various congregations attending this call. Despite popular opinion, packing online church back into its dusty box in the attic might not be the answer post-lockdown. Lizzie felt that “Online church doesn’t need to be a substitute. We are the church”.

Another widely acknowledged benefit of being able to attend church online is that it has allowed people to attend groups while being unrestricted by their location. However, there could be a risk of potentially diluting the service and resources of the church if not kept in check, where congregations aren’t separated geographically and boundaries become blurred. Therefore there is a responsibility to redirect attendees from outside of the local geography where help is required, but can’t be offered by that congregation.

At the end of ‘Rethinking Congregations Online’, we reflected on how we might look outwards and not inwards in our congregations and on the continual need to be asking God what He is doing, in order to remain a valuable part of His online plans.